As they continue to prepare for the World Cup qualifiers against Liberia and Cape Verde, Nigeria’s Super Eagles have encountered mild drama at the Eko hotel where they are camping.

Gernot Rohr has invited 30 players for the matches as Nigeria host Liberia on Friday September 3rd before heading to Cape Verde for the second matchday scheduled for Tuesday September 7th.

Almost all of the players are already at camp as they continue to prepare for the games up for grabs.

But there was a slight drama on Monday night when news broke that the team’s activities were disrupted by hotel management.

Own goal Nigeria had exclusively reported that fifteen players had been harassed at the gymnasium when hotel officials ordered them to leave the establishment.

“The 15 players went to the gymnasium for their first session, but they had hardly started when the hotel management headed by the general manager ordered them out.

“He said the gymnasium was for visitors and not exclusively for the team. A situation that snowballed into a heated exchange with the players and officials of the Nigerian team.

However, Super Eagles media manager Babafemi Raji has denied rumors that the country’s national team have been kicked out of the Eko Hotels and Suites gym where they were camping. 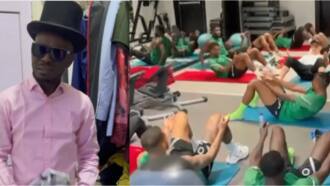 The seasoned journalist insisted that it was a small misunderstanding between one of the deputy directors and his subordinates about the use of the facility.

Raji further revealed that the manager’s actions caused a huge distraction and that some of the team officials weighed in on the matter.

However, in a conversation with Legit.ng, an internal source who preferred to remain anonymous, claimed that the incident occurred when hotel management wanted Covid protocols to be fully adhered to.

“Some of the guests who stayed at Eko Signatures were inside the gymnasium. When the Super Eagles arrived there were many and the GM was trying to tell them that only a certain number of people can be allowed at a time due to covid protocols.

“It was finally settled.” 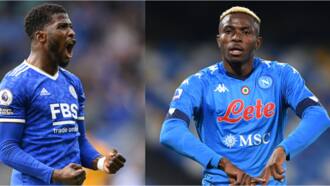 The Leganes of Spain defender shared clips on his Instagram Story showing the freebies he gave the rave celebrity of the moment.

Omeruo has been called up for the Super Eagles World Cup qualifiers against Liberia and Cape Verde and he is already in the national team camp.