How reserved are the high-end hotel facilities in Rwanda? – KT PRESS

When we visited Bisate Lodge – a South Africa-based subsidiary of Wilderness Safari’s in the natural amphitheater of an extinct volcanic cone in Musanze district, northern Rwanda, last week, Chris Roche – business development manager , suggested that we have our interview a few feet from the main entrance to the Lodge.

“I’m sorry. There are some very important visitors coming in right now. We can have our interview on the other side to make sure we don’t disturb them,” Roche said as he led us straight into the middle of the area. covered with grass, next to the lodge.

The lodge, visibly designed in a traditional thatched-roof style, has nine luxurious rooms from which one can admire magnificent views of the Mikeno, Bisoke and Karisimbi volcanoes.

The lodge is close to the Volcanoes National Park, home to the endangered mountain gorilla. Roche was not our targeted manager for the interview. Instead, Vincent Keith CEO of Wilderness Safari’s – owners of Bisate Lodge.

At Bisate Lodge, KT Press wanted to know more about the Lodge’s performance in terms of revenue and growth.

Many questions have been raised among different people about whether the growing high end hotels in Rwanda will break even.

But Keith’s response was shocking. “I would like to say that in Wilderness we have forty lodges across southern Africa and it is the best performing lodge. We are very proud of our lodge in Rwanda and you know very well that we have opened another Magashi in Akagera. Rwanda is establishing itself as a destination.

You have fantastic, hard-working people here with an incredible culture. At Wilderness Safari, we want to make sure we can do our part to help the tourism industry grow in the future, ”Keith told KT Press.

According to Keith, “We opened in early 2017 and what we estimated was millions of dollars in revenue for Rwanda each year and the growth has far exceeded expectations and we are extremely excited and thank you for what we have here. and our staff who delivered world class service.

For example, he said, if one wants to book a room at the Lodge between July and December of this year, he will have to wait until 2021.

“Reservations are over,” Roche said. According to Roche, the Lodge is booked by both local Rwandans and international guests, who he says take the lion’s share of occupancy.

“Eighty percent of our guests here are foreigners while 20 percent are Rwandans,” Roche told KT Press. On Magashi’s side, the situation is the same.

As part of the promotion of responsible ecotourism, Wilderness Safari has set itself the goal of contributing to the preservation and empowerment of communities, with a reforestation program where more than 3,010 native trees will be planted – to help the country in its conservation approach. 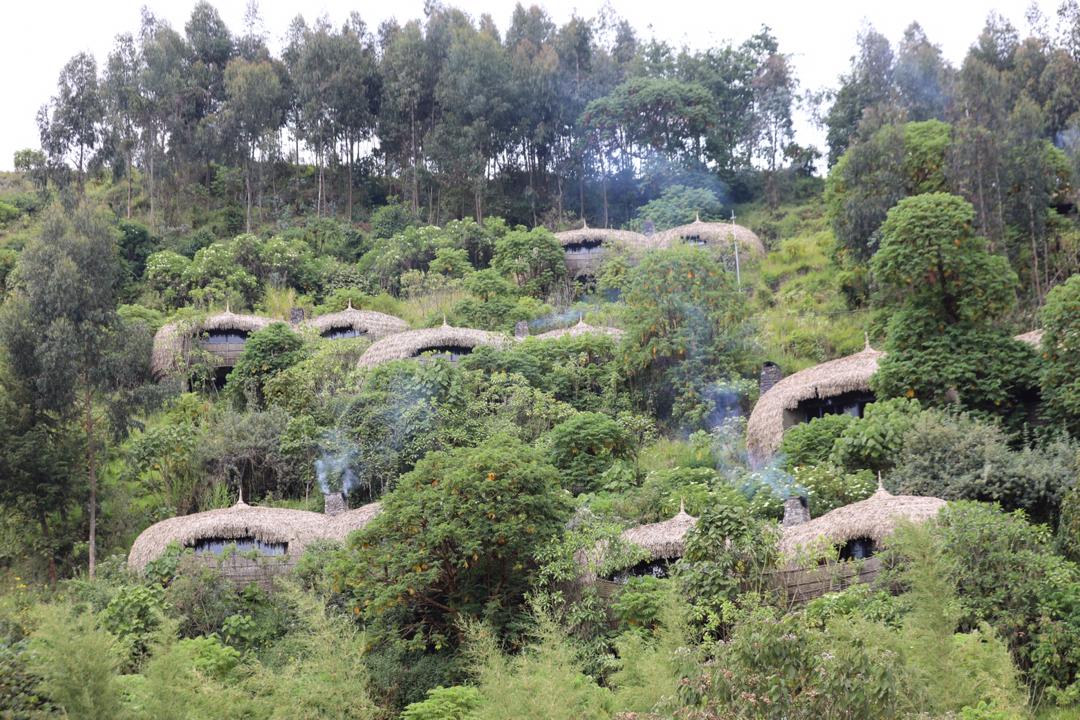 In the same area, we also visited the Sabyinyo Silverback Lodge, another upscale property located at the foot of the Volcanoes National Park.

A subsidiary of Governors’ Camps, the facility offers the old-fashioned pace of life with the best support of the 21st century in the heart of some of East Africa’s premier wildlife areas.

Rates at the Sabyinyo Silverback range from $ 450 to $ 2,000 per night, depending on the season. At the time of the visit in the middle of last year, the Lodge was fully booked.

Across from the luxurious Singita Kwitonda Lodge and Kataza House, recently unveiled in a landscape of wetlands and lush meadows with magnificent views of Sabyinyo, Gahinga and Muhabura volcanoes, the company appears to be picking up .

Singita is the Shangaan word which means “place of miracles”, was founded in 1993 with only one lodge, Singita Ebony Lodge.

In August of this year, President Paul Kagame and First Lady Jeannette Kagame attended the launch of one of the most luxurious hotels Rwanda has ever had.

The facility is located in the Kinigi area just home to the rare mountain gorillas.

In a recent interview, Luke Bailes, the founder of Singita, shared a glimpse of the takeover of the $ 25 million facility, just two months after its inception.

“We have 26 beds and we had a huge demand and we are still continuing,” he said.

A facility source told KT Press that the facility, home to Arsenal FC Center full-back David Luiz, who was visiting the country last weekend, had received inquiries from long-term guests .

“We have reservations for clients who wish to stay a month,” the source said.

The love for the facility, says Bailes, is largely attributed to its proximity to the Volcanoes Park.

“It’s (Singita) located at the edge of the park and it’s also a unique thing, and so we had a huge demand,” he said.

Rwanda’s high-end tourism was there. For example, in terms of accommodation, the country currently has more than 14,000 hotel rooms, up from just 4,000 in 2009.

Since 2010, the Rwanda Development Board (RDB) has seen a surge of over 200% in the number of Rwandans visiting Akagera, Nyungwe and Volcanoes national parks.

Nyungwe National Park, home to the famous Canopy Footbridge in Western Province, received 15,665 visitors in 2018, up 9%.

Meanwhile, most visitors to the upscale hotels and lodges in Volcanoes National Park come to see the gorillas, generating income in government coffers.

Besides the high-end facilities of Bisate, Singita, Magashi, and Sabyinyo, others include One and Only Nyungwe House, Amakoro Lodge, Five Volcanoes Boutique, among others.

A Fine Hour offers hotel services at an hourly rate

As far as experiences go, it’s hard to beat the luxurious time I spent at the Mt Kenya Safari Club – upgrading to the Honeymoon Suite, with stunning views of Mt Kenya and enjoying the generosity of services . The heated outdoor pool was exceptional and the garden was full of dancing white peacocks. I will never forget this vacation!

To be honest, affording a luxury vacation is very rare for the common man. Often, it is the choice between a hearty meal and a day trip to a tourist spot, the time of a night in an upscale hotel. There is a gap – you go for affordable hotels and guesthouses, rather than wanting to experience luxury hotels, even if it’s for an hour or two. This gap is filled by A Fine Hour.

Luxury services by the hour

It sounds wrong, but the intention is very pure – A Fine Hour is the brain child of founders Catherine Gale and Richard Pinder, who are two former advertising directors from London. What they bring to the table with this service is the ability for you to experience an element of luxury in a five star hotel, without having to pay an arm and a leg for it.

For example, your flight from Singapore landed in London at 7:00 a.m., and check-in to your Airbnb doesn’t take place until 2:00 p.m., and you’ve got a few hours to kill. Imagine being able to relax in the swimming pool of a Marriott or a Four Seasons, take a good hot shower and take advantage of some services like the hammam. All this without even checking in at the hotel, and paying only a nominal fee. Some hotels even offer their meeting rooms, making it accessible to business travelers.

Another good example is that you could live in a large hotel, with luxury amenities, while you checked into a budget hotel for the week. Taking advantage of the swanky gym facilities or restricted dining areas that are typically reserved for hotel guests can be a steal. For hotels too, it is a win-win situation, they can add revenue without disrupting bookings or by a time slot so that the hotel can easily adapt.

The whole A Fine Hour package is very tempting and is currently available at select hotels in London, Florence and Milan. I think this platform can spread quickly to regions like Southeast Asia, to cities like Singapore, Japan and Hong Kong. A budget traveler like me can well imagine spending an hour or two by the infinity pool at Marina Bay Sands.